The Brave One - Printers Proof Remarque

Internationally acclaimed artist Charles Bibbs, whose work is featured in museums, galleries, organizations, and homes of many collectors, displays a deep sense of Spirituality, Majesty, Dignity, Strength and Grace in his images, that is done in a combination of realistic and larger-than-life interpretations of contemporary subjects that are ethnically rooted.

Born in San Pedro, California, and raised in Harbor City, California, Bibbs managed to work an eight-hour job, and use his God-given talent in his spare time. But In 1991, Bibbs decided to leave his management position of 25 years, to form his own publishing and distribution company, B Graphics and Fine Arts, Inc. Today, Bibbs is one of the top-selling artists in the country, and his company has grown to be one of the leaders in the African American art print market.

Bibbs strongly believe that we are the “Keepers of our Culture,” and as such, have spent much of his time serving on boards of museums and art organizations to support the art community. He has lectured, and conducted panels and workshops in major cities, including the Charles Wright African American Museum in Detroit, Urban League of Pittsburg and the Riverside Metropolitan Museum. He has a sincere passion for supporting the youth, and as such, has mentored, taught and conducted numerous workshops for young aspiring artists.

In his quest to preserve and develop the visual arts, Bibbs founded Images Magazine, the first national publication dedicated to contemporary African American art, Art 2000 Visual Arts Association, Art on Tour, The Inland Empire Music and Arts Foundation, co-founder of the Creative Quarantine, an artist and residence program. In his professional artist career, Bibbs owned 6 art galleries, including the popular 626 Art Gallery at Studio B, located in the historic art district of Los Angeles downtown.

Bibbs is profiled in many publications, Ebony Jet, Upscale, Ebony Male, just to name a few, and has interviewed on numerous radio and television programs including the Tavis Smiley Show, Steve Harvey Radio Show, and TV One Studio. His work has been shown on the sets of many popular television sitcoms and movies. In 2008, Bibbs created the “Black Madonna” image for the Fox Searchlight film, “The Secret Life Of Bees,” and was the first visual artist to be hired to create for a Fox Searchlight film.

He is the recipient of numerous awards and honors including the “Entrepreneur Of The Year” Award, presented by the African American Chamber of Commerce, United Negro College Fund “Honoree Award,” Hardy Brown Community Award, and has been presented the “Key to 6 cities within the United States.

“My most important goal is to make profound aesthetic statements that are ethnically rooted, and at the same time, arouse spiritual emotions within us”

the man, the artist.

*Including other radio and TV interviews nationwide. 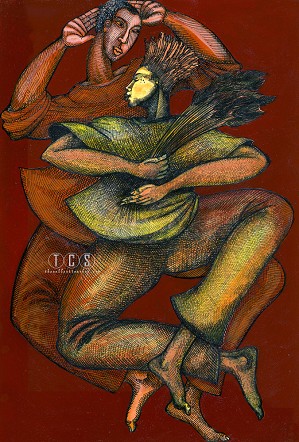 Dance To The Harvest Original 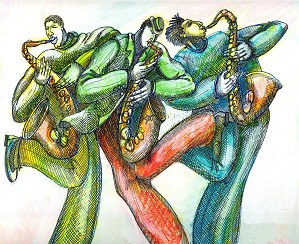 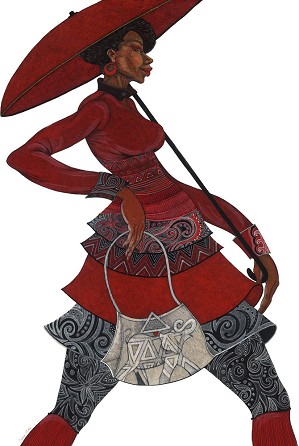 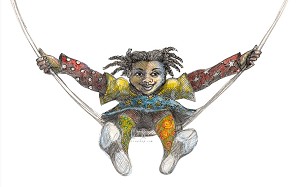