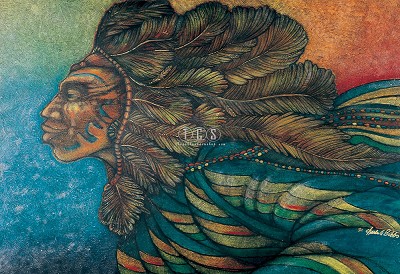 There is 1 Available of The Brave One - Giclee Edition at this price.

The Brave One - Giclee Edition

What is a Giclee? Gicle (pronounced "jhee-clay") is a French word meaning "a spraying of ink." With the advent of gicle, the art of reproducing fine art has become even more precise. Gicle's have the highest apparent resolution available today. In addition, since no screens are used, the prints have a higher apparent resolution than lithographs and a color range that exceeds that of serigraphy. Displaying a full color spectrum, gicle prints capture every nuance of an original and have gained wide acceptance from artists and galleries throughout the world.